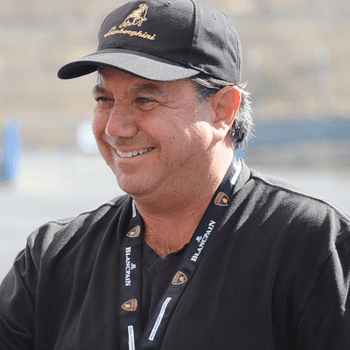 Stuart has been in the car collector world since 1985. He is the Founder and Chairman of the  Las Vegas Concours d’Elegance, which he started in 2019 after realizing that the Entertainment Capital of the World did not have a World Class Concours d'Elegance.

Fueled by his first visit to Pebble Beach in 1987, he has been collecting and showing cars ever since. His passion began and still remains in Exotic Cars. Being a long-time member of many car clubs, including the Lamborghini, Maserati, Ferrari. Porsche, and Viper Clubs, enabled him to learn about these cars and increase his knowledge and passion for these unique automobiles. As a collector, he has personally owned and logged many miles behind the wheels of these cars. As a professional driver, he knows first- hand, many of their favorable traits and idiosyncrasies.

At the Las Vegas Concours, Stuart has a team of World Class judges that work for him each year at his show, so he is very familiar with the process. Stuart has judged many events, both in the US and Canada.

Stuart is a Mechanical Engineer, Member of the CCCA, and is a Checkered Flag Lifetime Member of the Petersen Museum, Los Angeles.

We require only minimum info to join.

Las Vegas Concours d'Elegance
Chairman
Posted recently
The Las Vegas Concours is celebrating Cadillac this year, and this car is a part of that amazing story. This is a 1981 Cadillac Eldorado Paris Glamour Opera Coupe Beverly Hills Edition. Wow, that's quite a name...but its quite a car! This is 1 of just 100 ever made, and we have one here for you on our show field. It is truly a sight to see in person, so dont miss it. Tickets are on sale now at Ticketmaster. https://www.ticketmaster.com/conco.../event/17005AC3AD0B55E2 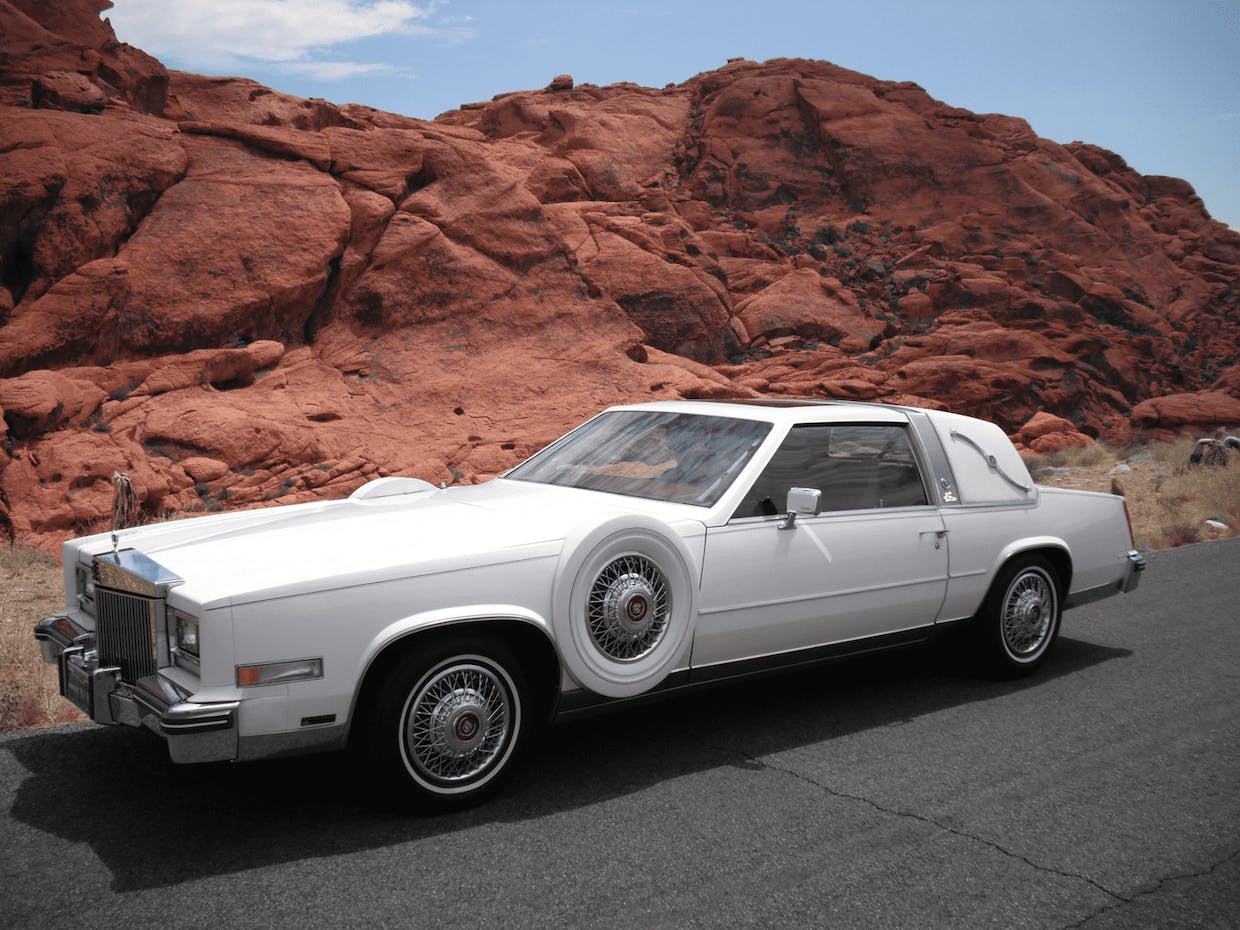 Liked by Percy Williams and 7 others

Some of the best cars in the World are coming to the Towbin Motorcars presents Las Vegas Concours. For example, coming to us from our friends in San Marino, is this gorgoous and rare 1937 Horch 853 Sport Cabriolet with Glaser Coachwork.

Only 619 Horch 853 were produced between 1937-1940, and sold for $14,900RM. The Straight 8 cylinder 4994cc engine produces 100 hp @ 3600 RMP and has a top speed of 87 miles per hour. The Horch Type 853 Sports Cabriolet was popular among Germany’s rich and famous, as it was the only German-made car that offered an alternative to Mercedes-Benz. (Horch was part of Auto Union with Audi, DKW and Wanderer). This Horch is a survivor inasmuch as many such cars were either destroyed during the war or scrapped for their metal. The factory was destroyed at the end of the war and many records were forever lost.

In June of 2021, this car was awarded the Robb Report Best Concours Car of 2021. She is going to look outstanding on our show field, so don’t miss the opportunity to see this rare gem making it’s first appearance in Las Vegas.Bet tickets at www.LasVegasConcours.com. 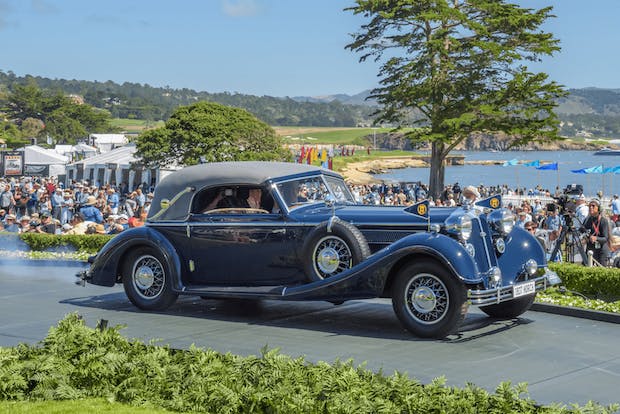 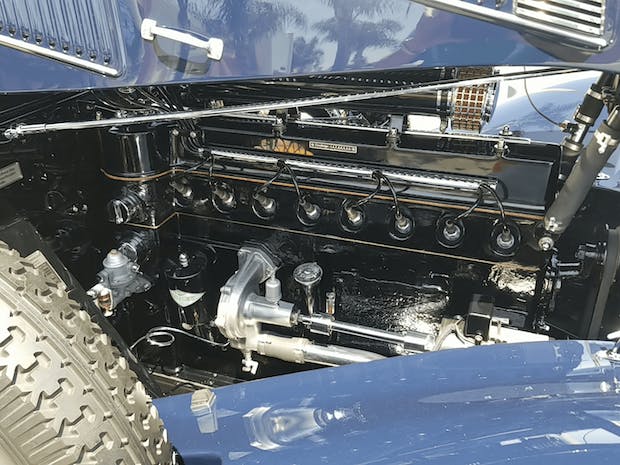 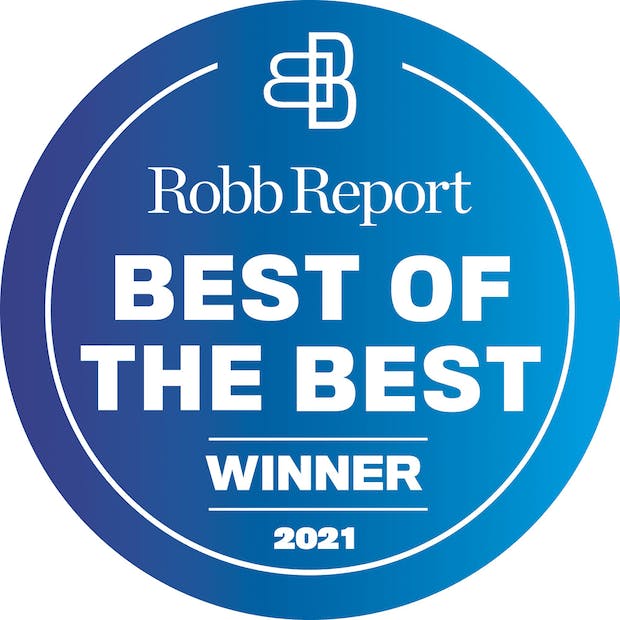 Liked by Wendy Starland and 7 others

Las Vegas Concours d'Elegance
Chairman
Posted 4 days ago
Today is the LAST DAY to buy discounted tickets!
Yes, of course, you are all number one to us, but today marks just one day left to buy discounted GA tickets for the Towbin Motorcars Presents Las Vegas Concours, Oct 21-24 at the Las Vegas Ballpark. Get your tickets today, on our website www.LasVegasConcurs.com and at Ticketmaster.com. See you in 37 days!
@thelvballpark 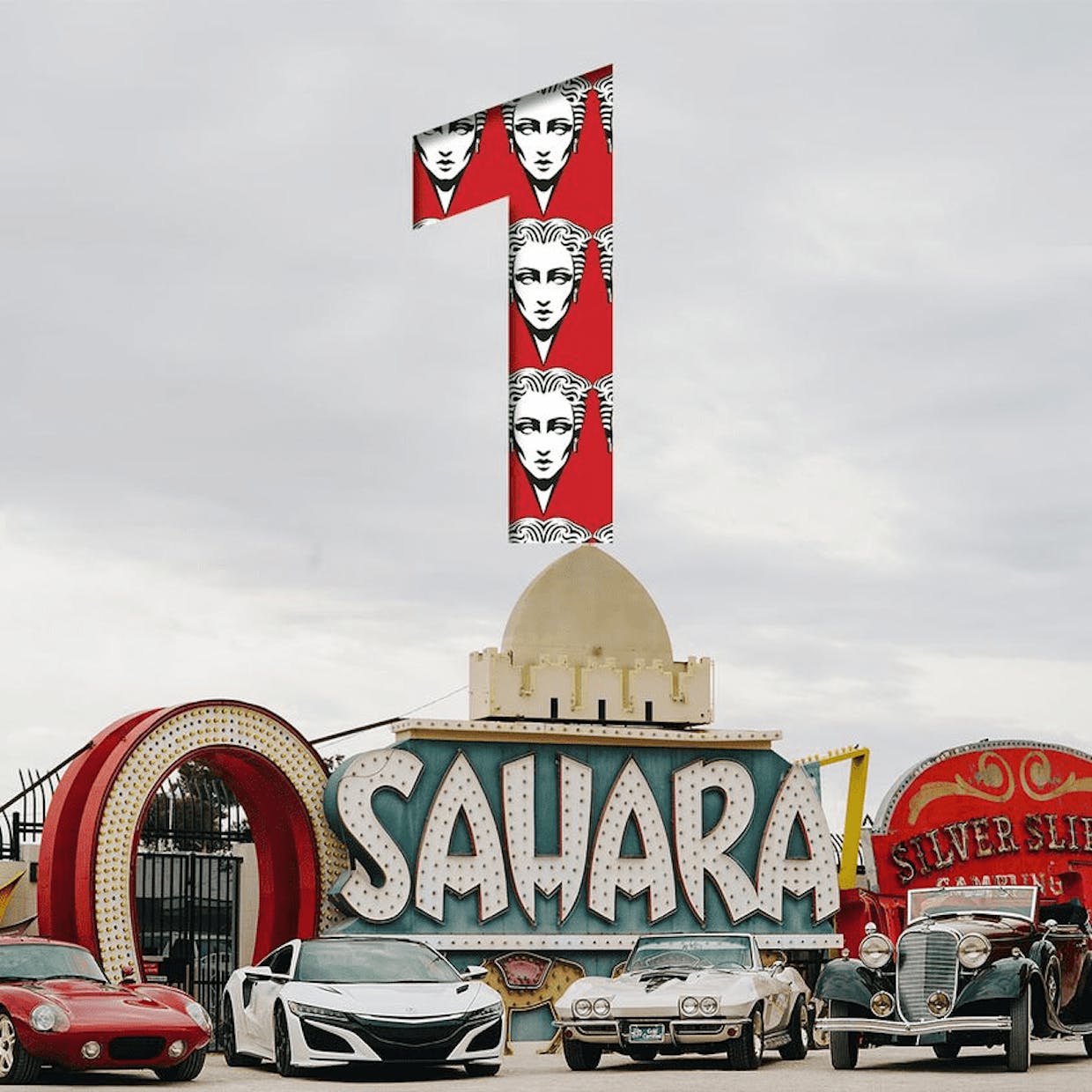 Liked by Percy Williams and 10 others 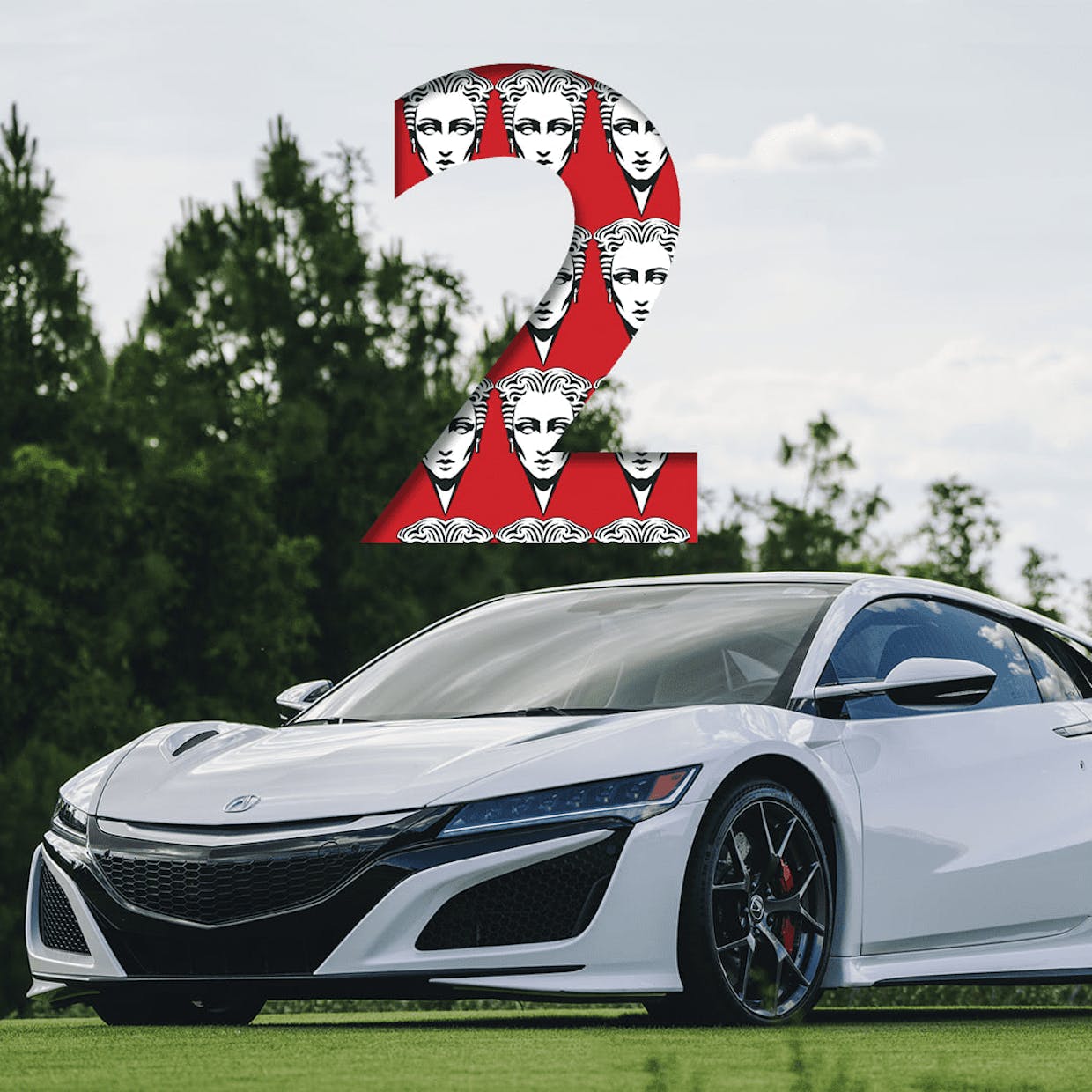 Liked by Melissa Dee and 8 others

Last shown at the Pebble Beach Concours, this 1935 SS1 Airline is one of 601 originally built and the benchmark car of the 12 remaining cars known to exist. It was built in 1935 by SS Cars Ltd in Coventry England and is documented by the Jaguar Diamler Heritage Trust with known history since new, the car still retains it's original body, engine, chassis, and fine details such as consecutive serial number dual RAG carburetors and molded foam rubber tool tray located inside the boot lid. This is the only Airline originally delivered as special order Silver paint with Light Blue leather interior commemorating King George V Silver Jubilee. Unearthed from a cottage in Gloucester England, the Airline has been authentically restored by Manns Restoration completed in 2021.

Dont miss the show, taking place this year at the fabulous @theLVBallpark 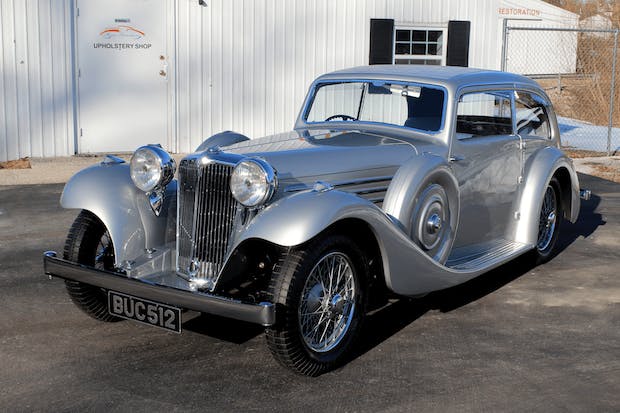 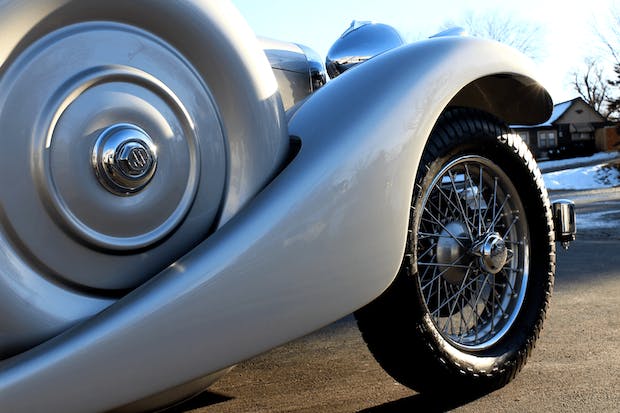 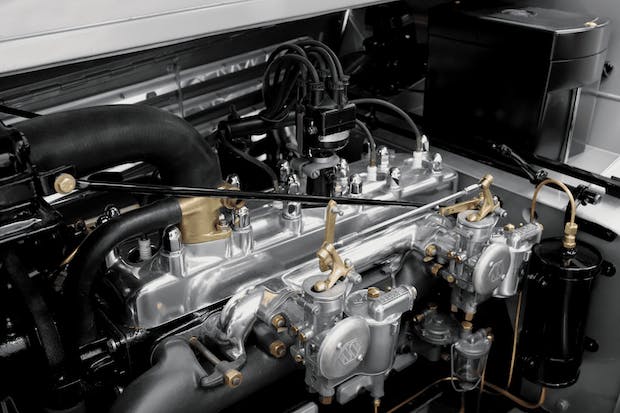 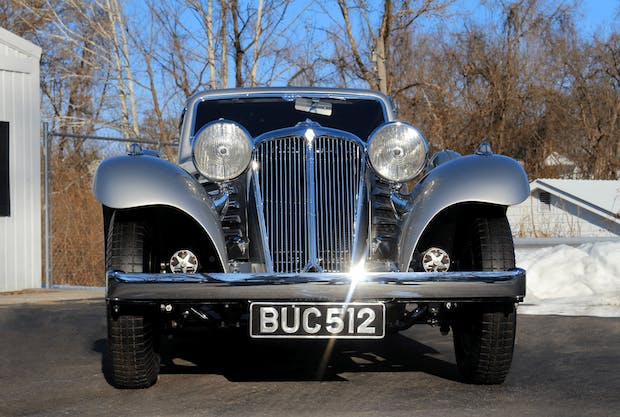 Liked by Percy Williams and 8 others

Las Vegas Concours d'Elegance
Chairman
Posted 9 days ago
Join us at the Las Vegas Concours d'Avant, our Opening Night Celebration at the Shelby Heritage Center. All car clubs are welcome, so come out for this special Thursday Evening gathering of cars and friends, and some surprises too! 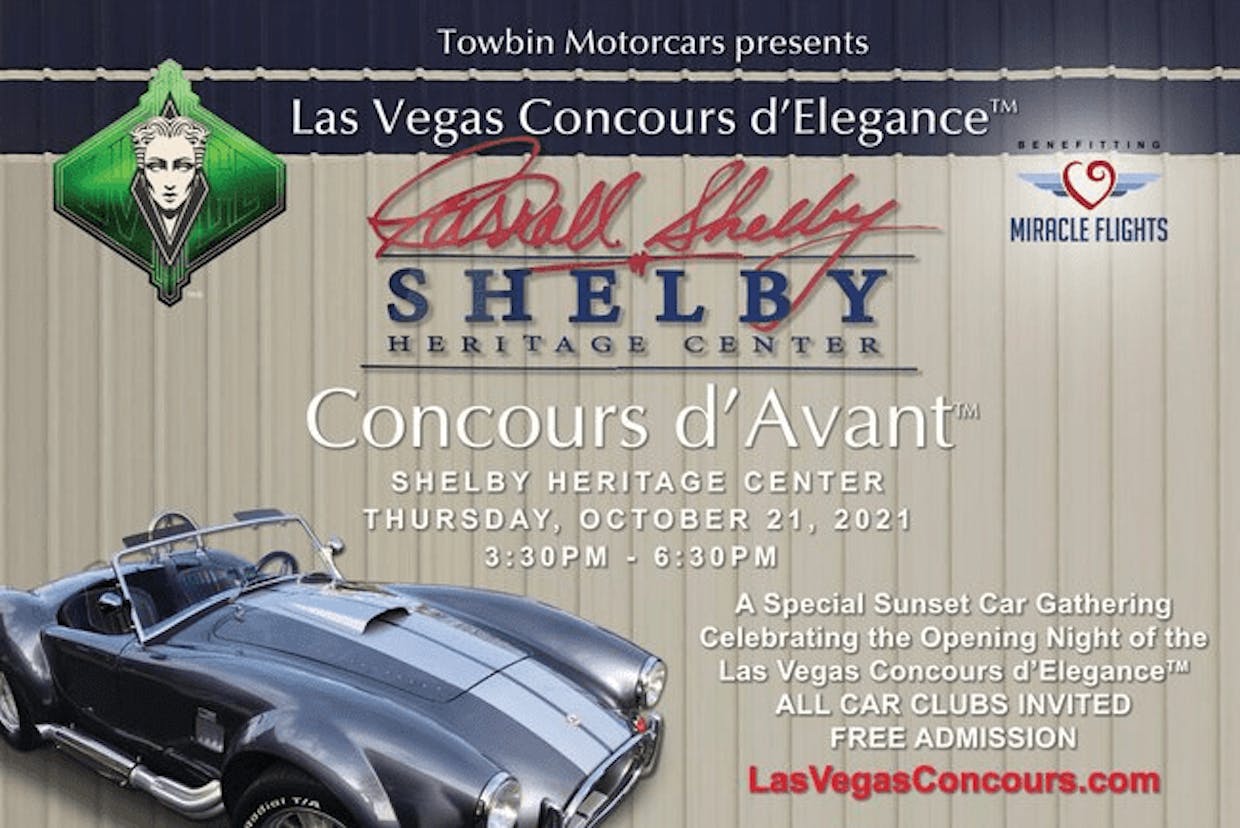 Liked by Melissa Dee and 10 others 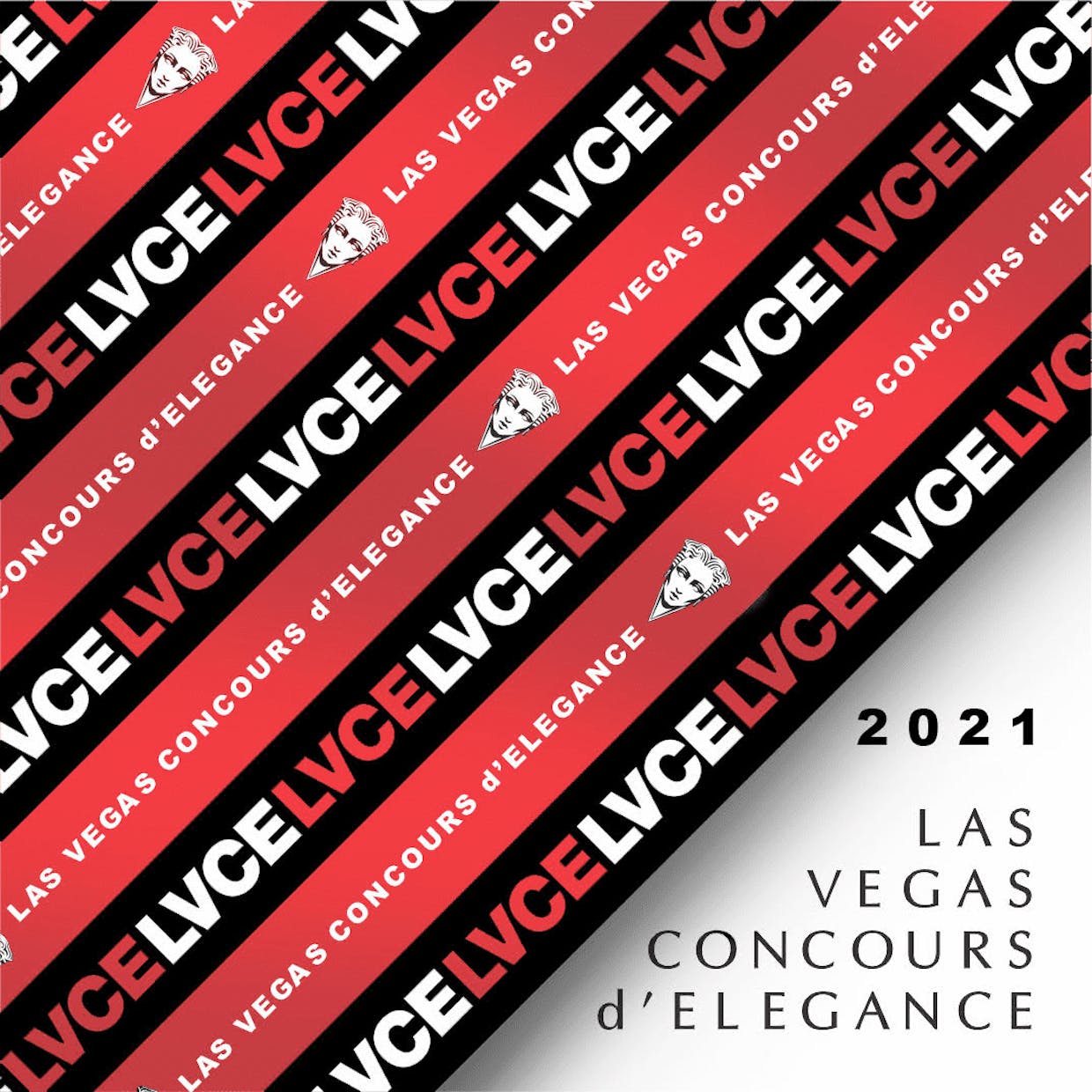 Liked by Lolita Haze and 9 others

Towbin Presents Las Vegas Concours on October 21-24, 2021, will feature remarkable cars from the past.

Like this 1913 Labourdette-bodied Mercedes 37/95 Double Phaeton Torpedo. In its day this would have been considered the ultimate supercar, equivalent of the Bugatti Veyron, able to reach speeds over 100mph with it’s lightweight coachwork. Come see this amazing automobile coming to us courtesy of the Nethercutt Collection, Sylmar CA.

Discount tickets are still on sale but only until September 15th, at www.LasVegasConcours.com. 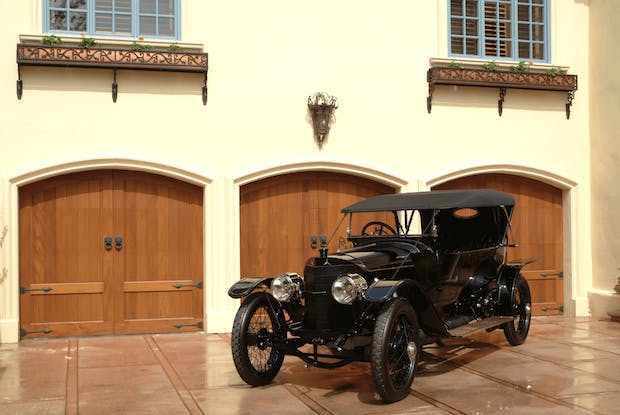 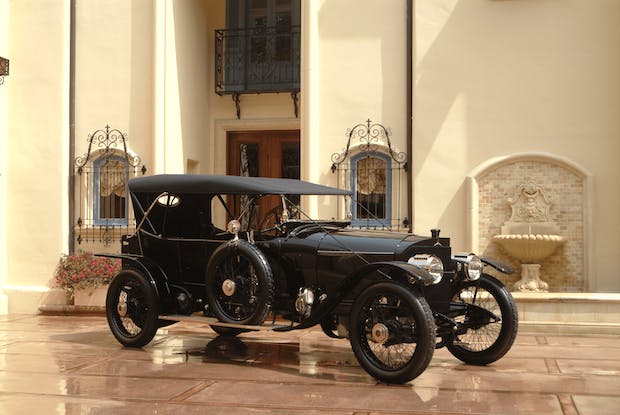 Liked by Jim Wicklund- Las... and 9 others

Las Vegas Concours d'Elegance
Chairman
Posted 15 days ago
@TheLVBallpark
When you come to the Towbin Motorcars presents Las Vegas Conocurs on October 23rd, this is just one of more than 100 of the World’s greatest collector cars that you will see on display.

One of three surviving of only 27 of the rare Auburn V-12 Phaeton Salons built, and was completely restored to original authentic specifications, engine out, body up, and frame off during 2009-2014.

The Auburn V12 Phaeton Salon, was the top-of-the-line model that emerged from the foundering Auburn Automobile Company at a plant in depression-plagued Auburn, Indiana. At an original cost of $1,745, it is powered by a Lycoming engine, displacing 391 cubic inches, featuring twin carburetors, dual exhaust, dual ratio 2-speed Columbia rear axle, Bijur lubrication system, and a beautifully finished 2-tone red/cream exterior paint design, with an authentic Potter trunk. The car weighs 4700 lbs., all carried on a 133” wheelbase by a 160 horsepower engine that is capable of carrying the car to 85 MPH. Free wheeling was standard, and a Startix system patented by Bendix automatically restarts the engine. The hydraulic brakes are assisted by a vacuum booster, and provide dash controls to adjust brake pressure to match road conditions. The car also has an original rare Philco Transitone radio.

Tickets on Sale now at www.LasVegasConcours.com. 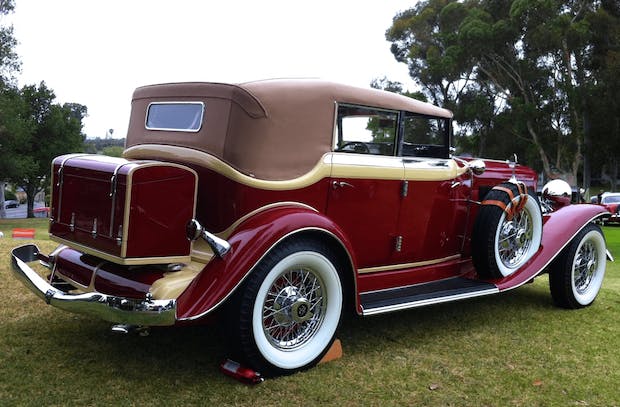 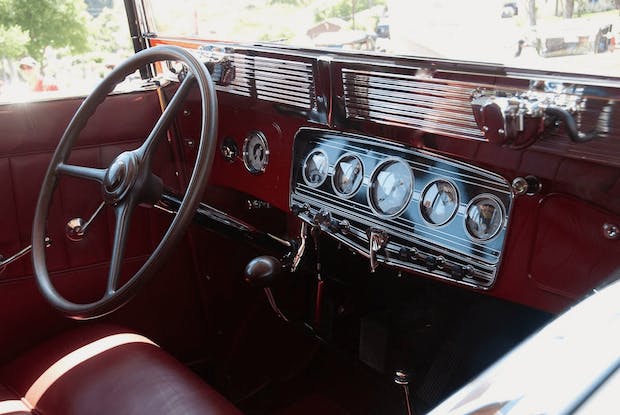 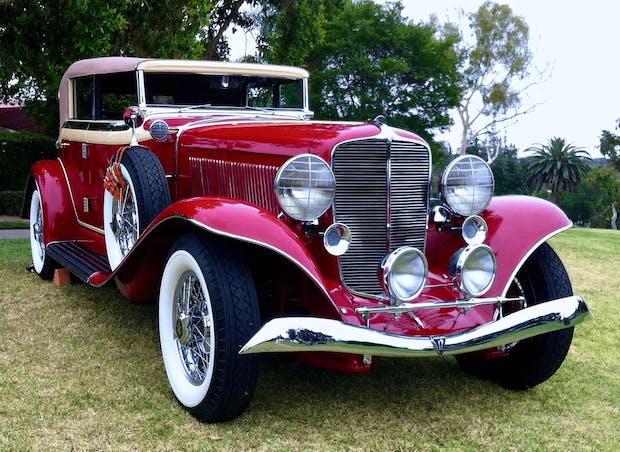 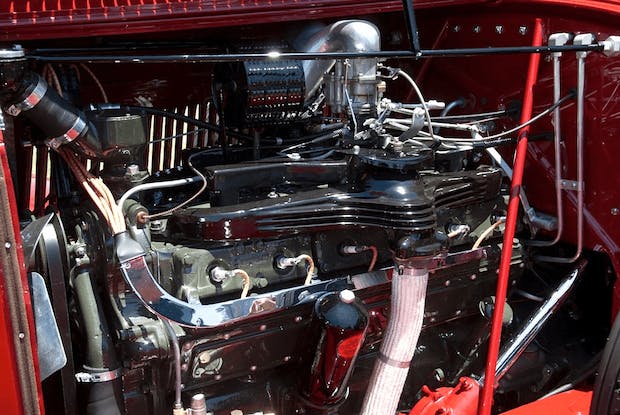 Liked by Kristen Hoffmann and 9 others

Las Vegas Concours d'Elegance
Chairman
Posted 17 days ago
The Towbin Motorcars presents Las Vegas Concours has some really cool cars for you. This year, we feature a non-judged class we call, “Vegas Strong Restomods”, featuring the coolest cars that you might find prowling the Las Vegas Strip. Like this one, by a master car builder most famous for his involvement in the Rally scene, with the most famous rally driver of all time (just ask You Tube).

When it comes to American cars built in the 1970s, there’s really none more iconic than the Pontiac Trans Am. So this Vegas resident here via New Zealand had to build one for himself. To us, this is the perfect reimagination of an American icon. The best of both Worlds, old and new.

Come to the Las Vegas Concours and see it for yourself, and meet the man who built this amazing machine. Discount tickets are on sale thru Sept 14th, at www.LasVegasConcours.com. 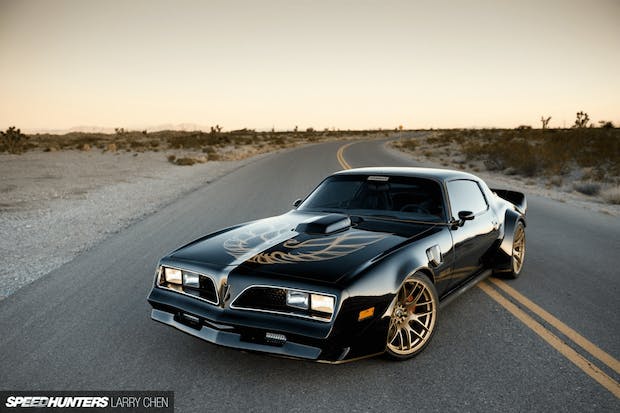 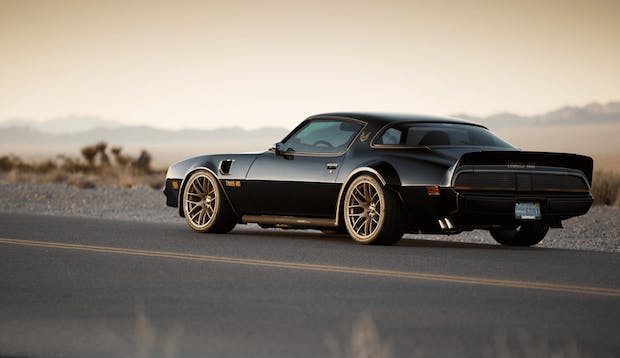 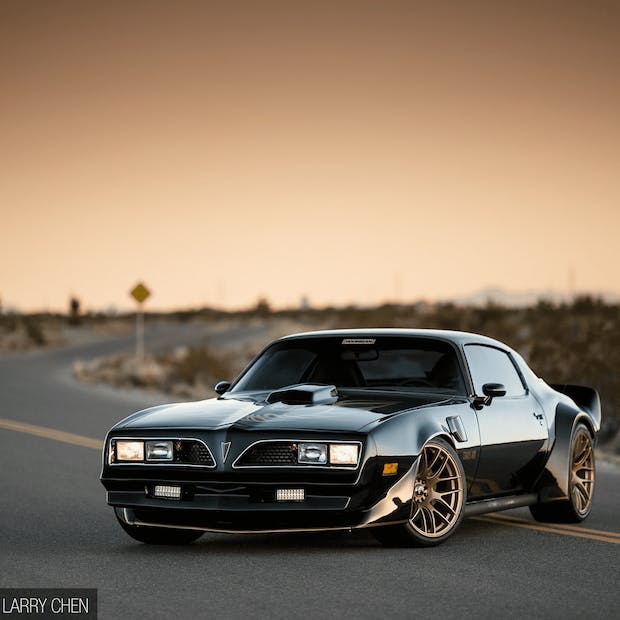 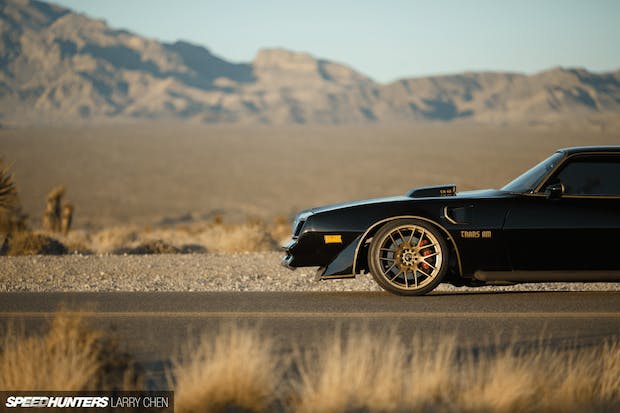 Liked by Donny Garzino and 9 others